In 2016, along with Culture for Peace and the Peace Development Initiative Kintha (Sittwe), inmedio implemented a Storytelling, Dialogue and Community Project in Rakhine State, Myanmar, to create increased resilience to violence in case of community conflicts and a deeper understanding and empathy for “the others” to reduce hate speech. Furthermore, capacity building to establish dialogue as an instrument for conflict transformation was conducted.

An outbreak of violence in the northern Rakhine State in August 2017 led to gross human rights violations and a massive refugee exodus to Bangladesh and other parts of Myanmar. High-level panels such as the Kofi Annan Advisory Commission on Rakhine State have offered very clear guidelines for a possible road to peace. Accordingly, the peace process at the local level must involve the different ethnic and religious groups, mainly the Rakhine and Rohingya people, to target their mindsets, attitudes, and behaviors. This project supported that transformation of the deeply protracted nature of intercommunal and Buddhist-Muslim tensions, hatred and violence. All initially planned process features were conducted: capacity building, internal work in three communities, indirect dialogue and direct dialogue between young people from Rohingya and Rakhine communities and cooperation of Rohingya and Rakhine facilitators during the “Sharing safe space” workshop. Due to the agitated atmosphere in the Myanmar media and public, the focus of the process was shifted to avoid too much publicity. At the same time, a network has been created through a series of meetings with various organizations and stakeholders in Sittwe and Yangon, which can be used for future work. As an interesting methodological component, the local partners along with project manager and trainer Dr. Andrea Zemskov-Zuege developed a combination of indirect dialogue and elements of the sha:re-approach: Narrative interviews on individual conflicts were conducted and recorded. Then they were presented to the other community who then performed a conflict perpectives analysis (CPA) on the case, by this stepping into the shoes of members of the other community even without having direct contact. Aspects of one of the workshops as well as other activities of our partner organisation PDI Kindhta are described here.

The project was funded by ifa/zvivik (Institut für Auslandsbeziehungen) with funds of the German Federal Foreign Office. 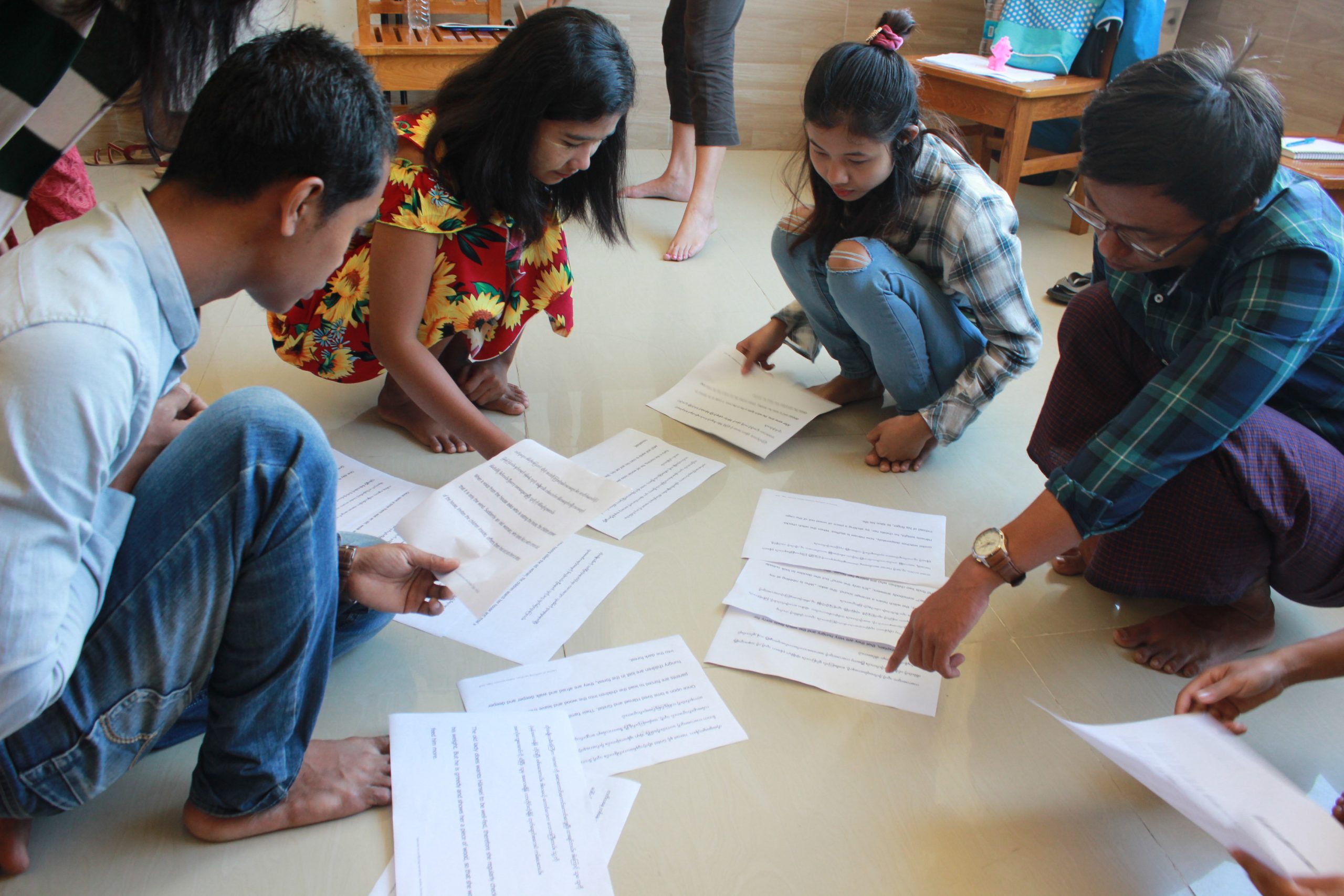 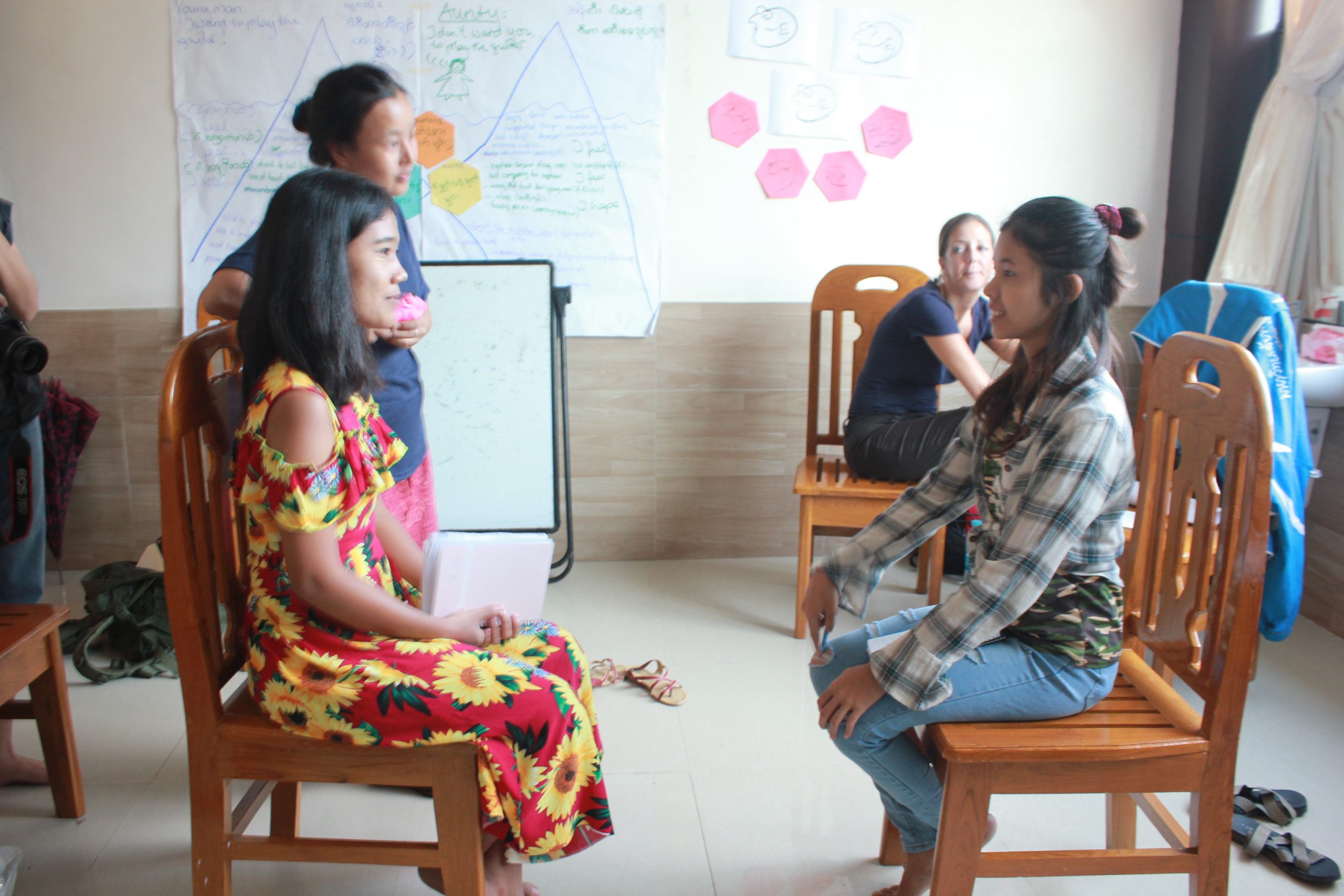 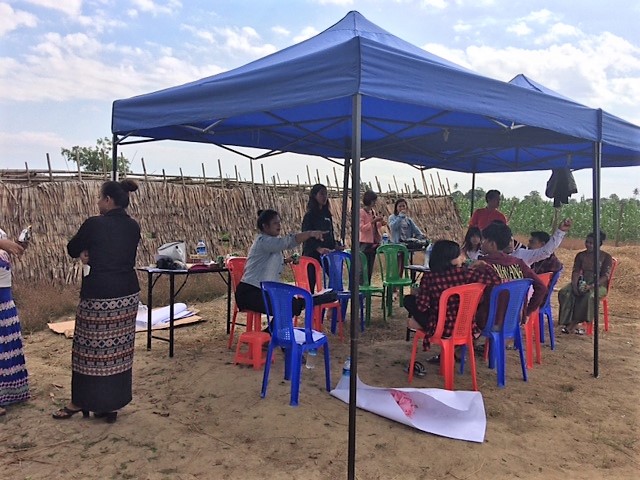