The competing, radically divergent Russian and Western mainstream historical narratives on the evolution of European security since 1989 are a crucial impediment to a way out of the common confrontation and the return to diplomacy, dialogue and cooperative security. In cooperation with the Institute for Law and Public Policy, ILPP (Moscow), inmedio implemented a German-Russian dialogue project in 2018 which was developed into a trilateral Ukrainian-Russian –German format in 2019, including the Ukrainian NGO Ideas for Change (Kyiv) as a partner.

Using a mediative dialogue approach, 18 experts from academia, think tanks and NGOs as well as journalists and dialogue practitioners met in Berlin in November 2019. They analysed and reflected on Western, Russian and Ukrainian narratives on what went wrong since the end of the Cold War regarding the deterioration of relations between the respective countries. Although partly used for the manipulation of public opinion, the discussed narratives reflect deeply held beliefs, which do have their basis in individual and collective experience. To understand better how an opposing narrative unfolded, does not mean to agree with it. However, the attempt to understand helps to prepare the ground for effective negotiations searching for ways out of the current crisis.

Using a timeline of historical and recent events as a starting point, it was agreed, through an interactive process, to focus on the following five topics which are seen as most relevant in order to foster an in-depth understanding of the narratives regarding Ukrainian-Russian-Western relations: Holodomor / Big Famine of the 1930s and its impact on the idea of Ukrainian independence; 1991 – different perceptions on the dissolution of the Soviet Union and Ukrainian independence; attempts and failures of cooperation with NATO; opposing narratives on Euromaidan, Crimea and Donbas.

Please look at the results in our joint publication `Gaps and Overlaps: Navigating through contested German-Russian-Ukrainian narratives`and watch our video.

We would like to seize the opportunity to receive feedback and comments from a wider circle of experts than those who participated in the face-to-face meetings. For this purpose, we have designed a consensus-oriented online tool which enables collaborative working on one joint text. Unlike the usual public online forums (that often lead to provocative statements and hate speech) this tool provides a confidential space for constructive dialogue on a joint text. At the same time, it prevents one from ending up with lots of contradictory comments without any fruitful agreement. This is achieved by a ranking system of consent regarding each specific change request: (non-)consent can be expressed by every user by choosing between four different levels of agreement. An algorithm automatically inserts the option with the “highest” consensus amongst the users of the online tool into the main text. Have a quick look.

Based on the contributions by new dialogue-partners, we hope to publish a revised version in the second half of 2020.

To get your personal registration code, please send an email, identifying your institutional affiliation, expertise, previous experience with related dialogues and/or other references  to admin@contested-narratives-dialogue.org.

In the 2018 German-Russian project, the core threats of the Russian and Western mainstream narratives were reconstructed from a meta-perspective. A number of collective ‘blind spots’ that figured prominently in the narrative of one side but were overlooked or neglected in the narrative of the other side, could be identified and published in a joint report which is available for download (Russian version). The report was presented at the foreign office on January 16th, 2019 and and in Moscow.

The projects were funded by the German Foreign Office under the ‘Expanding Cooperation with Civil Society in the Eastern Partnership Countries and Russia’ programme. 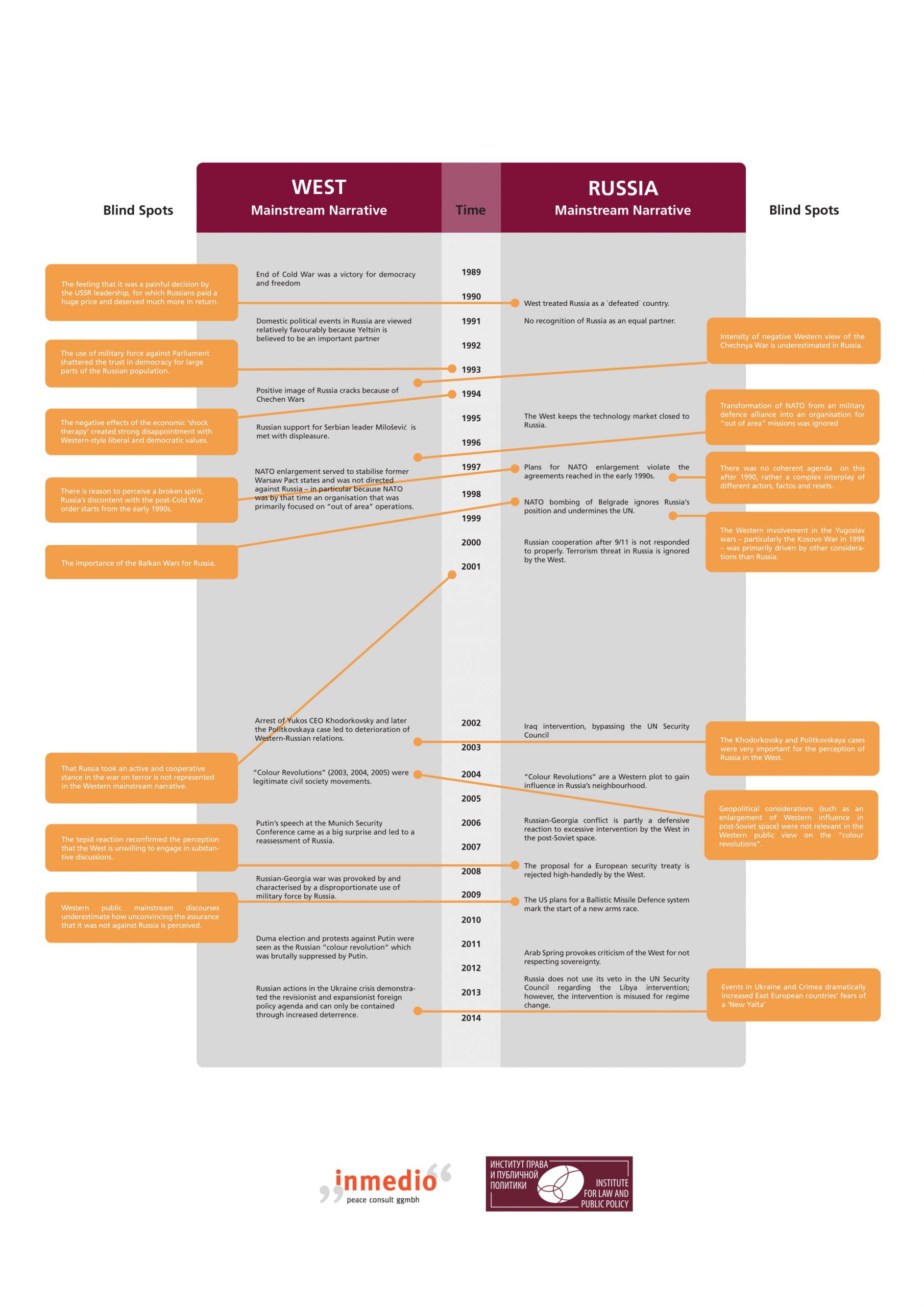 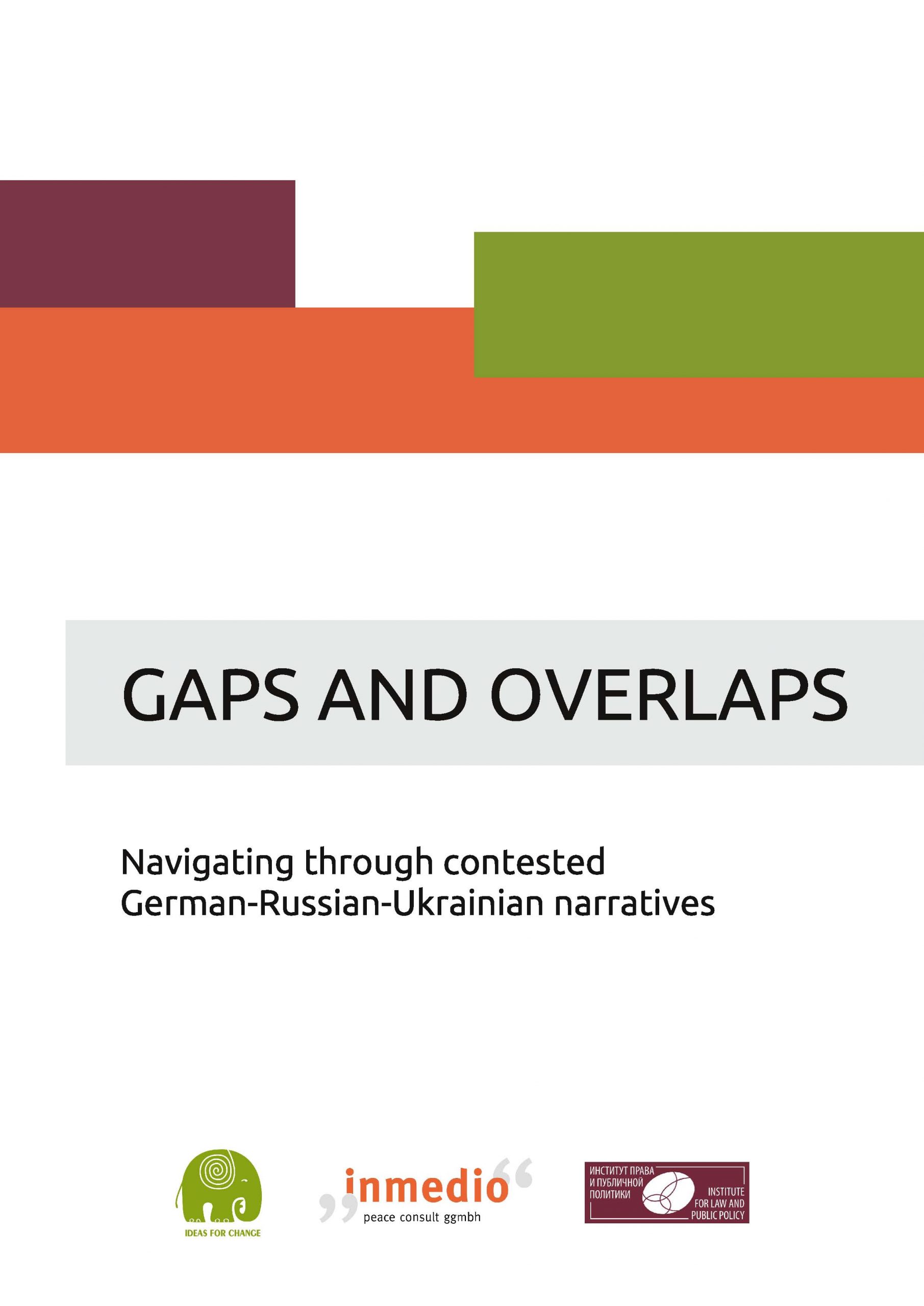 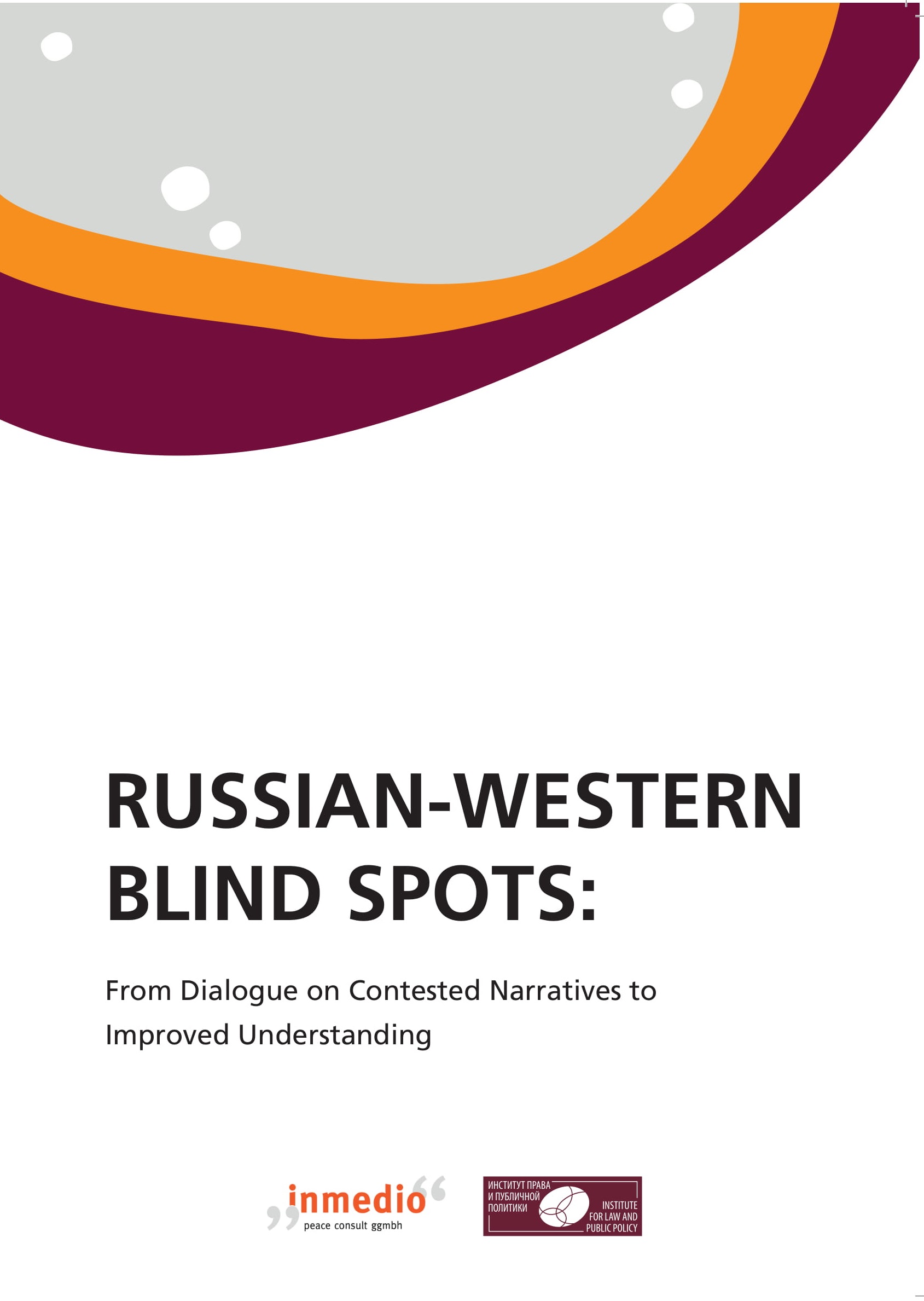