Since 2006, inmedio has been active in Nepal, a country that was hit by a devastating earthquake in April 2015 when it was stuck in a political stalemate with an unfinished constitution-drafting process, still struggeling with the aftermath of ten years armed conflict between the then-royal security forced and the Maoist Peoples Liberaton Army.

In the recent years, we have trained a group of mediators and dialogue facilitators, consisting of former combatants from the Maoist rebel army and longstanding members of the communities where the ex-combatants have resettled on behalf of GIZ-Nepal with the support of Pro Public (Kathmandu).

It has been the first pool of mediators/facilitators, in which teams of former Maoist rebel fighters and community representatives work together. The former Maoist fighters only recently began to return to live in the villages. Since the end of the civil war in 2006, they had been living in cantonments (camps), for under the peace accord, agreement had still to be reached on how they should be reintegrated into civil society or the regular military. The task of the mediators/facilitators is to mediate in local conflicts which can quickly flare up and escalate due to resentment and mistrust between ex-combatants and longstanding members of the community, and also to set up and facilitate dialogue groups to improve relations and thus support “dealing with the past” processes.

The group has founded NGOs in their respective districts in order to establish a solid organisational and financial basis for their activities. We are happy to have the opportunity to further support this group and their new NGOs within the framework of a project that has been set up in cooperation with Culture for Peace (Berlin) and is funded by the German Institut für Auslandsbeziehungen (ifA/zivik) with funds of the German Federal Foreign Office.

A video documentary and an article (English/German) give you a vivid impression of how the sha:re approach (sha:re stands for “From shared truths to joint responsibility”) was developed and used in Nepal. Moreover, the group has composed an informative flyer (English/nepali) that summarizes their history and services they provide. 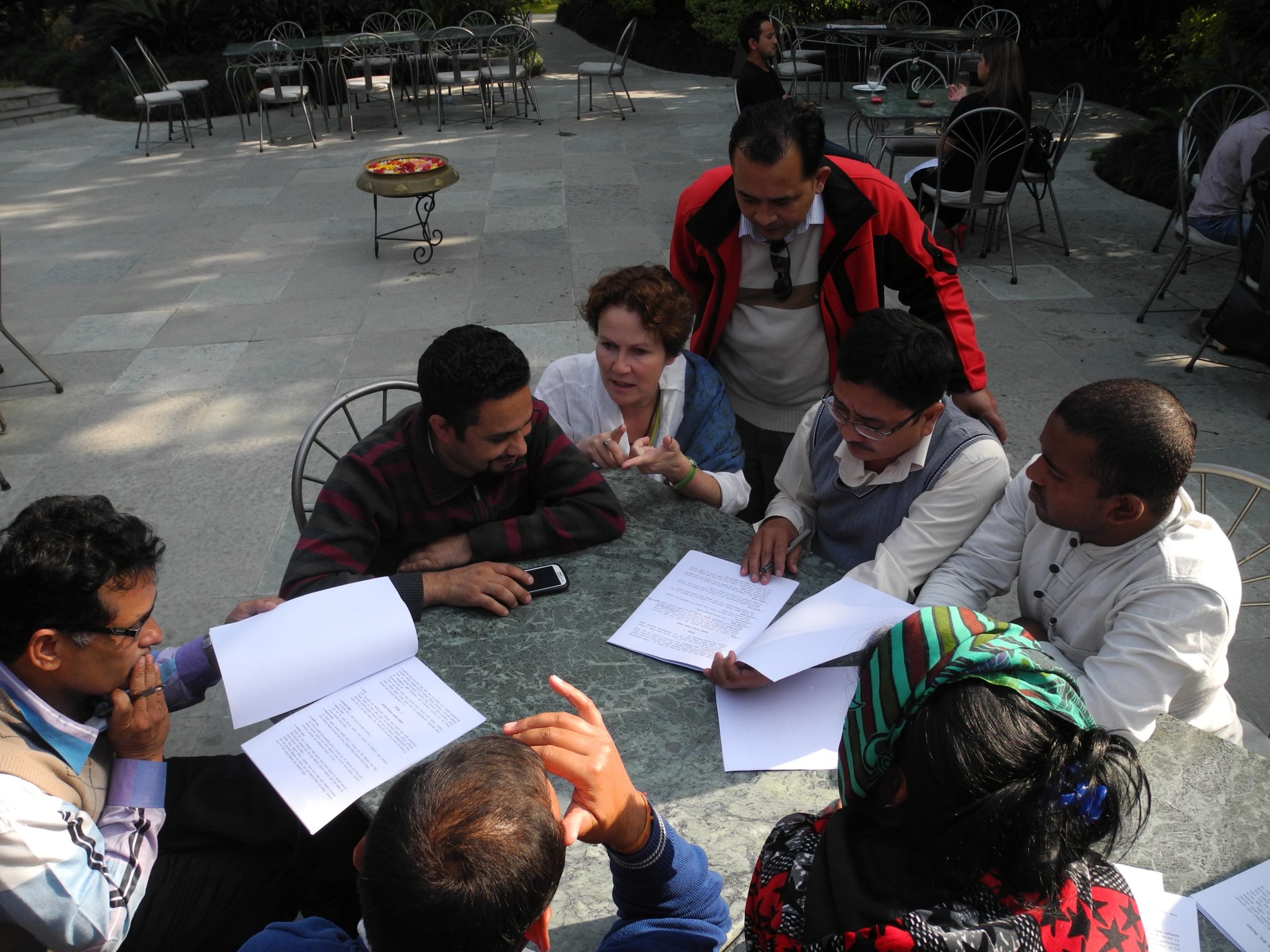 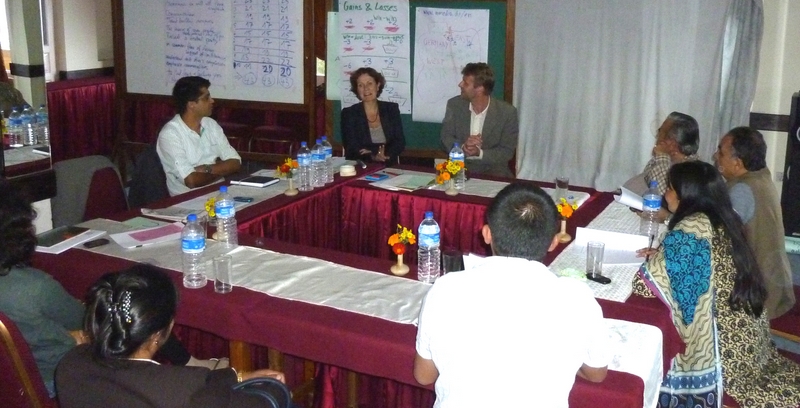 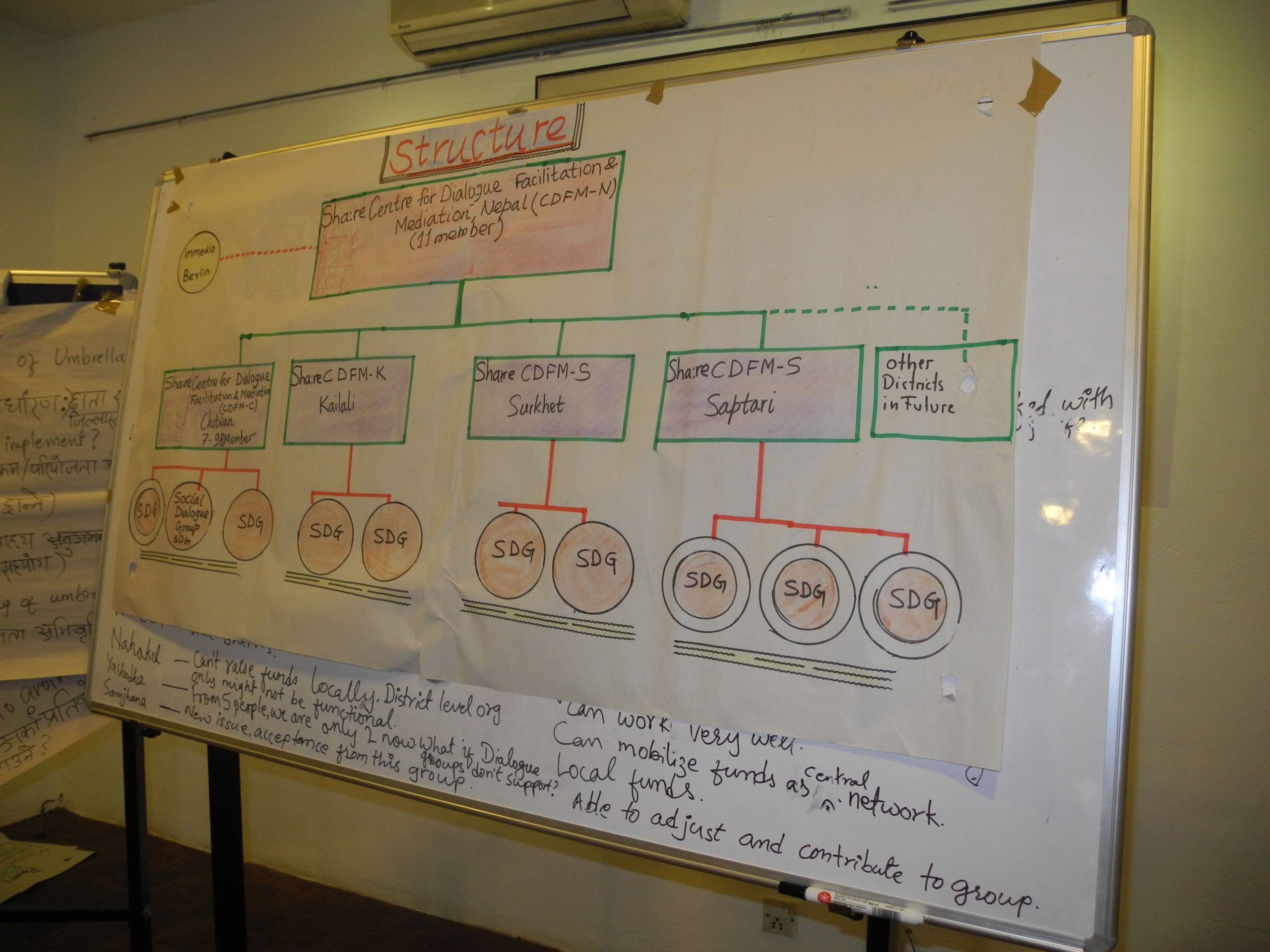