Inmedio berlin started its cooperation with the El-Sadat Association in early 2012, one year after the ousting of the former President Mubarak. The starting point of the joint project, which was funded by the German Federal Foreign Office and the Institute for Foreign Cultural Relations (ifa/zivik), was the increasing polarisation of political and social movements. Within the project framework, numerous workshops were held in order to facilitate an exchange of knowledge between the representatives of various Egyptian political parties and staff of the national parliament with German experts in this field, e.g. former politicians from all parties, MPs’ assistants and parliamentary group staff. The aim was to combine knowledge transfer with dialogue and confidence-building, focusing on themes such as committee work, parliamentary budget control, and election observation.
We introduced a teambuilding component for parliamentary staff, as well as cross-party dialogue/coaching workshops for female parliamentary candidates to support their campaign work. The workshops attarcted female politicians from across Egypt’s very broad party spectrum. With such a diverse range of political views, their discussions of current political problems have been extremely intense in late 2013, if not to say heated, but the participants have nonetheless identified ways to build trust and, by focusing on specific content, to operate on a cross-party basis.

In 2014 and 2015 – though it has become even more difficult to engage in a cross-party activites in an inclusive manner – inmedio has followed up on the earlier activites in cooperation with boeker-consult, consultancy on human rights and gender issues (Berlin). Aiming at supporting female politicians in Egypt, we convened two workshops for politically active women which, focusing on gender equality and the struggle against all forms of discrimination.  This was complemented by workshops with male politicians in which they discussed the need for support for gender equality by men. Unfortunately, the new electoral law, which was adopted just when the workshops took place, gives most seats in parliament to independent candidates (as opposed to candidates from the lists of the political parties), which lowerd the chances for female party members to actually become members of parliament. With elections postponed one more time in mid-2015 we facilitated an exchange visit to Berlin for female party representatives and potential parliamentary candidates. It combined visits to German political bodies and an advanced mediation and negotiation training (radio feature in German). 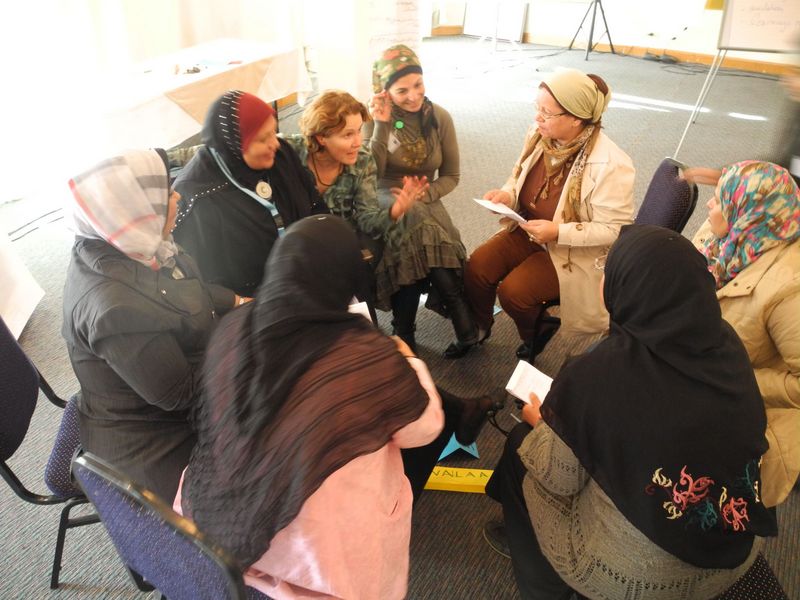 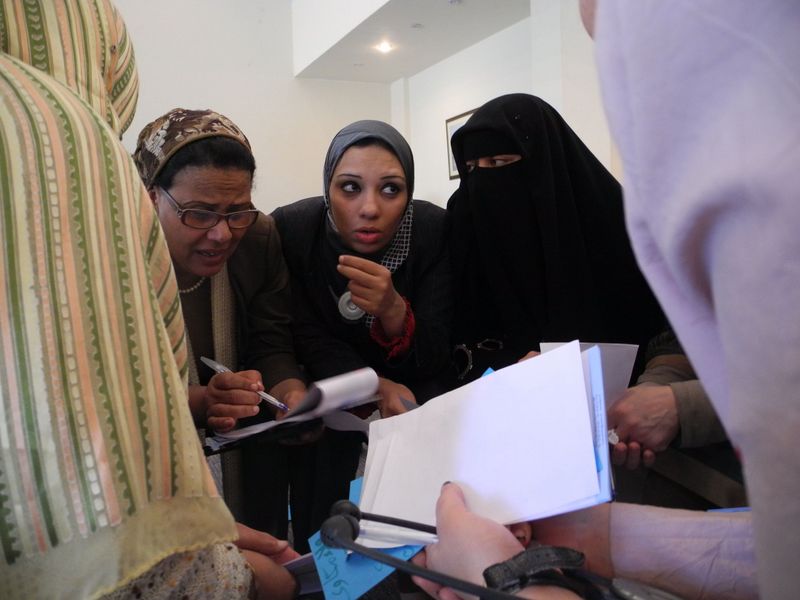 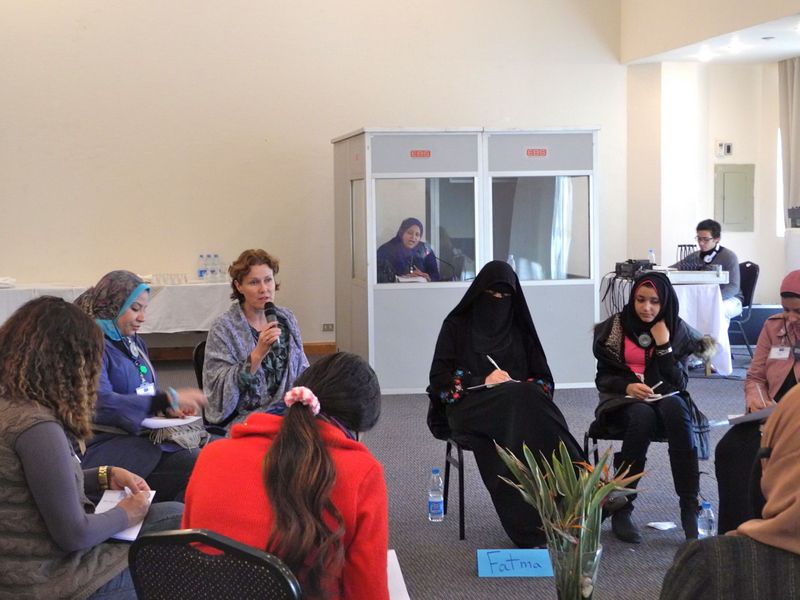