Since 2018, in cooperation with the Civil Society Institute in Yerevan and the Humanitarian Research Public Union in Baku, inmedio peace consult has been working on a project series aiming at the creation of a resource network of local facilitators for sustainable (cross-country) dialogue in and between Armenia and Azerbaijan. This year’s project builds on previous projects in 2018 and 2019. For the last three years, the project has been continuously funded by the German Foreign Ministry’s Eastern Partnership program.

The project onset in  2018  started with reviving the confidence among border villagers of Armenia and Azerbaijan. After separate preparatory seminars in the two countries, a group of 18 participants living in different villages close to the border/cease-fire-line, including individuals from Karabakh, were then brought together in Berlin. They are particularly affected by the conflict – living under a constant security threat through exposure to snipers or the line of fire of military posts from the other side. “When you celebrate a wedding we can hear it … we just cannot attend” – This was one of the heart touching statements made by a participant. Only 400m lie between her village and the one on the other side of the closed border. The workshop contributed to empowering the villagers and helped them to cope with the constant security threat they face. Various ways how they could help each other to avoid unwanted escalation were discussed. A lively discussion took off when the participants presented pictures from their everyday life. Participants told us that this was a crucial element for trust building. Here is the photobook that was created on that basis.

In  2019 , the focus was on training 16 participants (8 people from Armenia or Nagorno-Karabakh and 8 from Azerbaijan) in dialogue facilitation in the context of the conflict over Nagorno-Karabakh. The group underwent a joint 12-day training programme in Yerevan, Baku, Berlin and Tbilisi, focussing on skills, methods and attitudes of dialogue facilitation. Thereupon, the participants independently designed and organised 8 dialogue and encounter workshops in (partly cross-border) teams, which together reached about 100 people directly. The highlight was a cross-border workshop which brought together participants from Nagorno-Karabakh, Armenia and Azerbaijan in Tbilisi at the end of November 2019. All workshops were very well received by the participants and helped to take steps towards better mutual understanding.

In  2020 , this year’s project focus is on strengthening this network of local dialogue facilitators.  In July 2020 we started with kick-off seminars. Initially planned to take place in Berlin, due to Covid-19 restrictions, we shifted to the creation of a series of online seminars. Here, the techniques of dialogue facilitation and confidence building between the participants will be further deepened and aspects of self-organisation for the network will be strengthened.

This year, even more than in the previous project, the main focus of the activities will be on the implementation of dialogue and encounter projects that are designed independently by the participants in teams. On the one hand, this will further deepen their knowledge in dialogue facilitation, and on the other hand, the network will be strengthened through increased cooperation and, as expected, will also be more visible to the outside world.

These small-scale projects are already conceived at the joint online seminars. We assume that these will be both cross-border projects (taking place in Georgia) and in-country dialogue projects between different social groups with tensions over the Karabakh conflict. Whether these will take place as physical meetings or online depends on how the Covid-19 related restrictions develop in the coming months in the countries. We have therefore developed different scenarios to be able to react flexibly.

In addition, 4-day interim seminars in sub-groups in Baku and Yerevan are planned. These were roughly estimated for the period September to November. Their implementation as physical meetings also depends on the development of the current restrictions.

From 2009 to 2016 inmedio cooperated with the Catholic University of North Rhine-Westphalia (KatHo) in a project funded by the program Conflict Prevention in South Caucasus of the German Academic Exchange Service. Seven workshops took place that brought together Armenian and Azerbaijani youth, University lecturers and NGO representatives. The joint conflict resolution training focused on the Nagorno-Karabakh situation, a so-called ‘frozen’ conflict that still runs the high risk of escalation, as demonstrated by the incidents in 2016 and 2020. The two countries are officially at war and have a closed border with soldiers being shot by snipers at the line of contact every month.

The most recent violent escalation in July 2020 left dozens dead, and forced once again villagers to flee their homes on the Armenia-Azerbaijani state border. One of our Azerbaijani participants, the journalist Seymur Kazimov, travelled to the border region to interview the villagers and provide photos that illustrate the destructive effect the events had on the lifes of the people: Read his article on OC Media here. 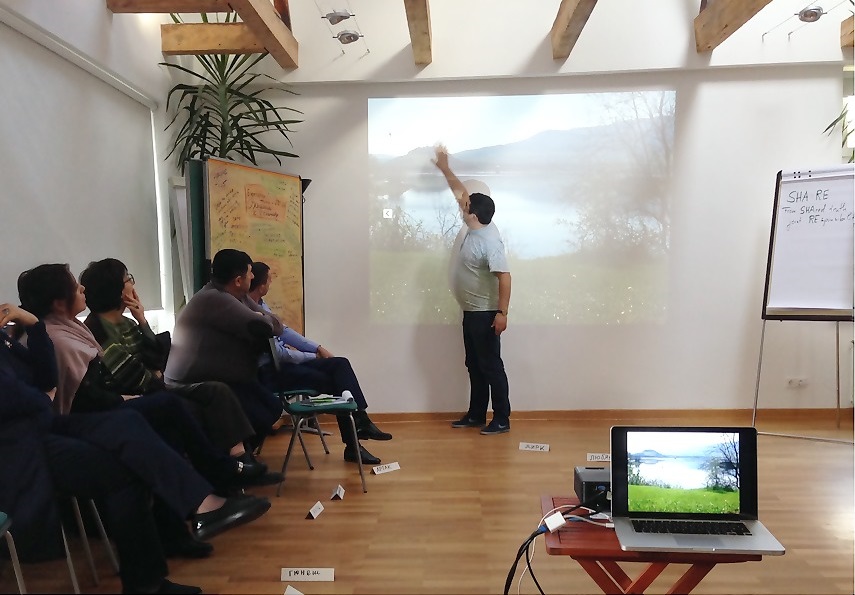 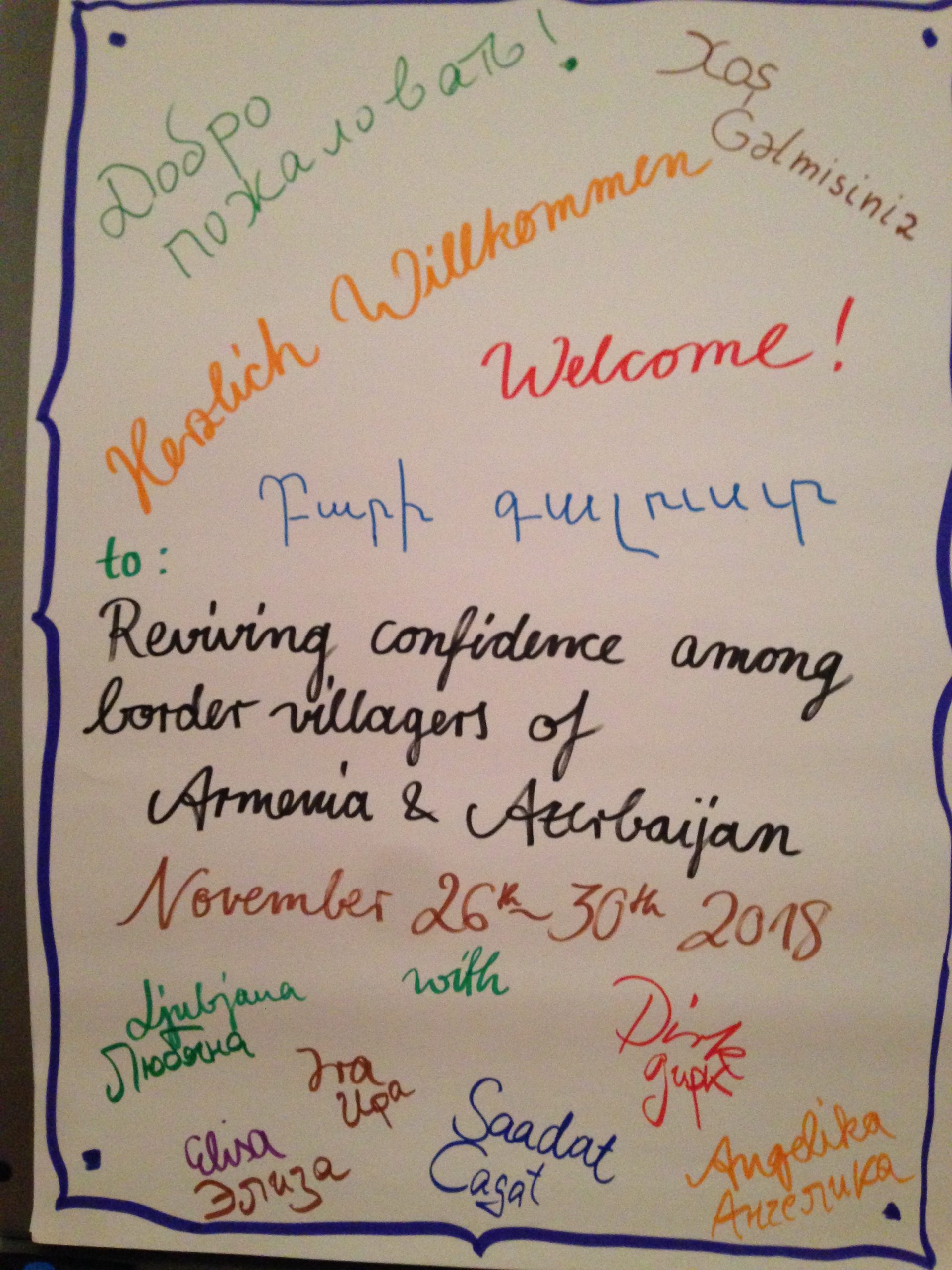 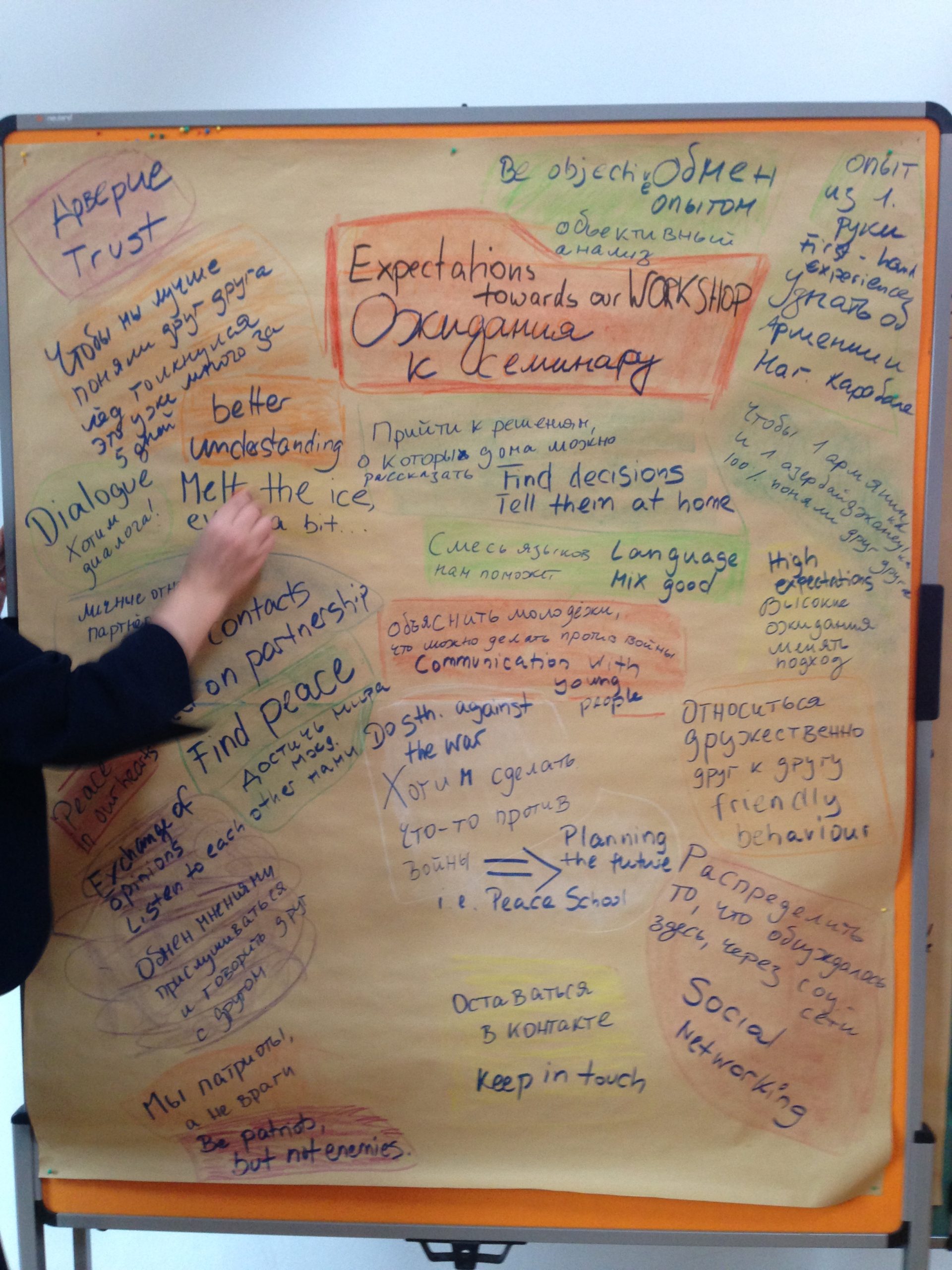