Over the last three weeks, Kick-Off workshops for the Ukrainian-Russian-German Dialogue on the conflicting narratives of ‚What went wrong in Russian-Western-Ukrainian releations since the end of the Cold War?‘ took place in Moscow in cooperation with the Institute for Law and Public Policy and in Kyiv in cooperation with ideas for change as well as in Berlin. Now we are looking forward to the 5-day dialogue workshop with with six Russian, six Ukrainian and six German Foreign Policy and Security experts, Historians and Journalists. The project is funded by the German Federal Foreign Office and builds on last year’s German-Russian Dialogue project. 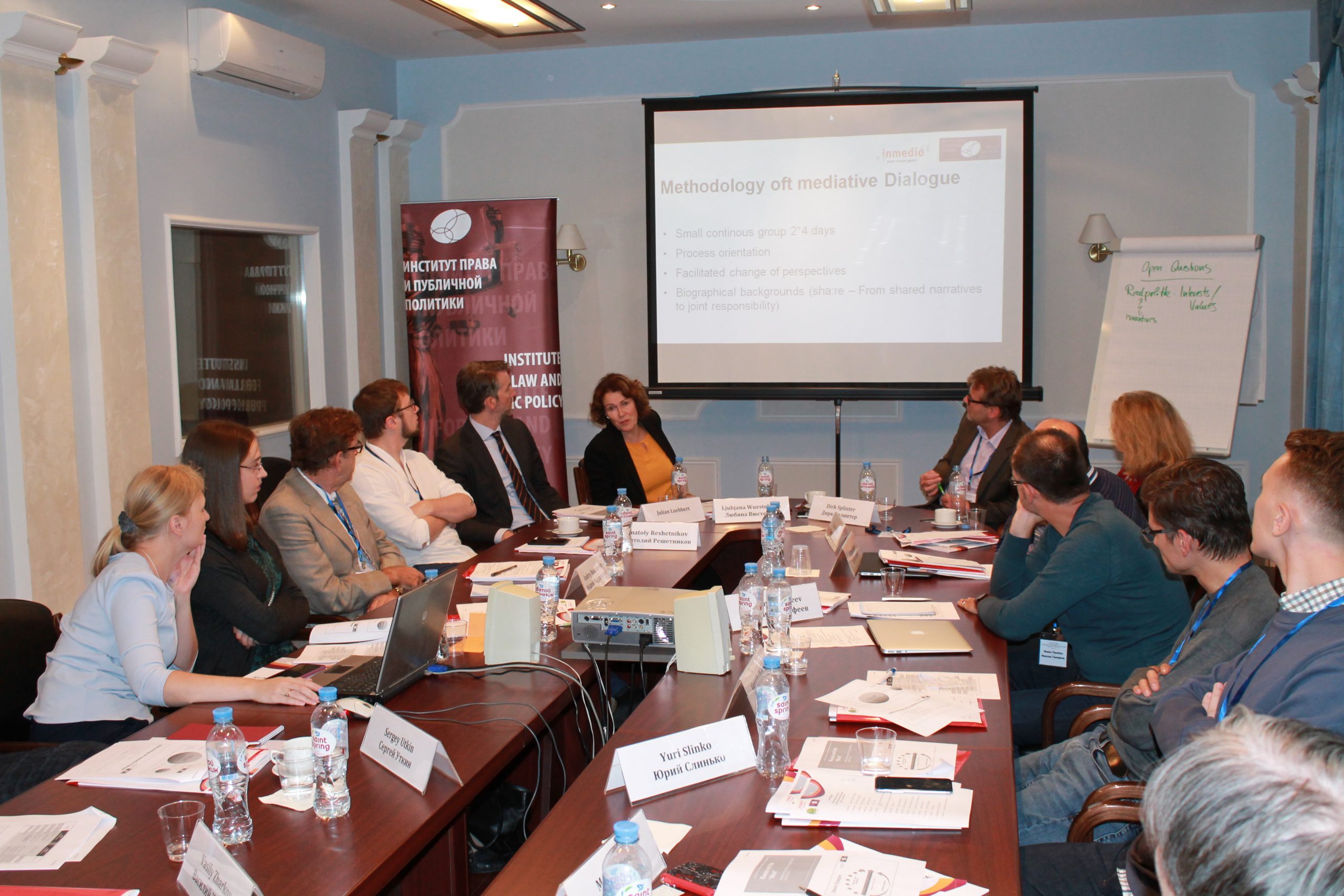